For the price of a Marui battery, you get a great expensive looking and feeling mp5-j.

Introduction
This review is not about one of the new 300+ euro/dollar/pound aeg's that’s out from Marui or CA. Nope, its about a surprising bargain from Cyma. Cyma you say, isn't that the cheap stuff from China? Yes you would have been right, up to now cyma mostly produced very cheap feeling and badly produced airsoft equipment. Imagine my surprise when they released the mp5-j on the market, known to Cyma as the Cyma023.

Out of the box
The package arrived and the box already looked interesting. Its a well produced brown "professional" looking box. All the items are neatly packaged, it comes with:

A very complete and total package if you ask me...

First impressions
Taking the gun out of the box makes you think that Cyma mistakenly put a Classic Army or ICS mp5 in the box. The gun is heavy and feels sturdy. There is no creaking or flexing. The finish is very good, there are two different kind of plastics used on this mp5. One type is grained and textured and used on the lower receiver and foregrip. The other type smooth and looks very metal like. Size is of course similar to the real thing:


The magazines
This gun comes with an amazing amount of gear, the most important stuff apart from the mp5 are the magazines. The first one is the standard long magazine which takes about 24 bb's.It's well made and feels heavy and metal-like even though it’s plastic. The spring is quite strong, and you can actually see the bb's on the rear of the magazine through a small transparent strip. The fit is very thight, it takes some practice to get it in the gun quickly. However because of the thight fit there is not rattle of flex.
In a weird way, it's kind of fun to see the spring guide move up with every shot. You are going to know when the magazine is empty, which can be a tactical advantage. Having only 24 bb's however is not, enter the high cap:

The second magazine is an automatic high cap. It looks like a double magazine, the "Second" magazine even has a few fake bullets in it. The bullets slide backwards to reveal an opening for the bb's. Filling is quick and easy. The magazine then has to be wound-up. The high cap also has a sturdy fixation to the gun, and it has worked flawlessly up to now. You do notice when the last bb has been fired, as the remaining spring pressure is released in a loud "whirr". I have seen this high-cap magazine sold separately for around 75% of the price of the total package.

The tour
The stock rails are metal and this gives the gun a very sturdy and cold feel. A rubber piece is attached to the plastic shoulder plate for a good fixation to your shoulder. The stock is held in place by a locking lever, which makes a reassuring "clunk" sound when you lock the stock. It has two locking positions so you can adjust the length of the stock to your taste.

The mp5 comes with a detachable short top RIS rail. The rail is plastic and can be snapped on. Cyma supplies also 4 screws and a screwdriver to fix the RIS rail to the top of the receiver. Also supplied, well normally as I didn't get one, should be a red dot sight which you can screw onto the RIS rail. There are 2 sling points on the gun, the rear one is metal and the front, plastic. The mode select switch has a soft feel to it and it moves a bit too easy from the safe to the semi and auto modes. However it does stay in place once you leave it. The trigger is ABS and needs medium pressure.

There is also a cocking lever on the mp5, which actually functions. You can slap it back and forth all day if you like. Of course doing so has zero use, apart from strengthening your wrist muscles. The fore grip hides the real small 400mah 4.4 volt battery, which comes with its own charger. Opening the fore grip could not be easier, after opening the lock the whole thing swivels out front to back. The battery fits tight and doesn’t rattle. Amazingly for such a low power battery I fired already 600-800 rounds with it and its still going.

Performance
The gearbox seems to be a copy of the Tokyo Marui boy’s gearbox. This in this price range is a good thing. The claimed output is around 170FPS using 0.12 bb's. I have done both semi and auto tests at 3,5,7 and 10 meters distance. The grouping is tight up to 7 meters. Effective range is around 20 meters, of course it won't penetrate paper anymore at that range. The flight path of the BB is badly affected by this gun main problem; the absence of a hop-up. Of course you can always point the gun 45 degrees and shoot the bb's ballistic..

The claimed fire rate is around 10 per second, I timed it and got about 8 per second. That still empties the high-cap in 14 seconds. Great for supporting fire! No one will know that the bb's don’t make it over 20 meters, the sound alone will scare them. That’s another good thing about the mp5; it does make quite a racket.

Overall
The most important thing to remember during reading of this review is the price. This is a quality gun, heavy, well made, lots of metal parts, and enormous amounts of extra kit. Detailing is very good; you’ll find a lot of fake weltmarks on the right places. The most amazing part of this gun is the price, so much quality, metal and fun for only 64 euros. That even includes the taxes. The high-cap magazine alone can be found on the net for around 50 euros.

Final Grading
Appearance: 5 out of 5: Even if it was 300 euro it would still be good
Build quality 4 out of 5: some small plastic irregularities
Performance 4 out of 5: in its class its great
Upgrade-ability: 4 out of 5: well there is a RIS rail.
Value for money: 5 out of 5: Best deal ever if you like mp5's

This disclaimer goes for the total site of NLAIRSOFT.COM including the forums, comments, poll etc.

NLAIRSOFT.COM is not an online shop! We provide no replica airsoftguns, this because of the egal issues in our home country! We only provide information, news and try to promote the Airsoft sport.

To be clear, we are not associated with any military or terrorrist activities.

The provided hyperlinks by NLAIRSOFT.COM does not mean that NLAIRSOFT.COM approve the ellements on these websites. Whilst we are linking on this webpage, we take no responsibility for the quality of the products and services provided.

NLAIRSOFT.COM is not responsible for any actions taken by the users of this site.

We exclude ourselfs for any direct or indirect damage of any kind, that arise out of the use of NLAIRSOFT.COM. Nor for a possibly temperal downtime of this website.

The information on NLAIRSOFT.COM is provided with care. The information may not be used on other sites, without any contact/approval with the webmaster. If you own the authenticity of the provide information and would like to have them removed, please contact our webmaster.

If you have questions, feedback or suggestion please contact us here... 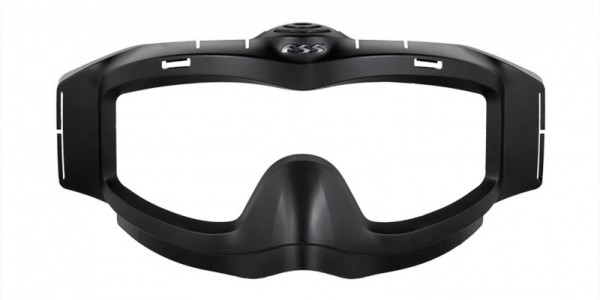 Additional information about Airsoft eye protection and the new ESS Airsoft product line can be found at http://www.esseyepro.com/airsoft

Our Airsoft guns and accessories shop Firesupport Ltd. is run by 2 airsoft enthusiasts John and Frank who have been in the airsoft industry for more than 12 years.
We run our own successful Airsoft site Free Fire Zone. We aim to provide a top quality service with the best possible prices. Customer service is our main priority. In stock are all the latest Airsoft guns and pistols. Our stock includes models by manufacturers such as Tokyo Marui, Classic Army, Western Arms and KSC. We also stock upgrade parts made by Systema.