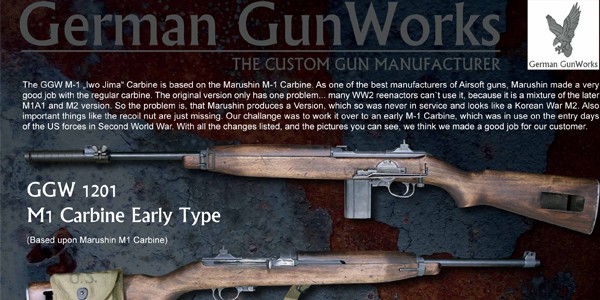 Please let us introduce ourself - we are a German company named "German GunWorks" and we are specialised in high-end customizing of Airsoft guns. We started with our work this month and our projects depend on the individual wished of our customers. With support from the German Airsoftmagazin, we also have a strong partner for pictures and PR stuff - so now we are also able to show you, what our results are.

Check out this contest! 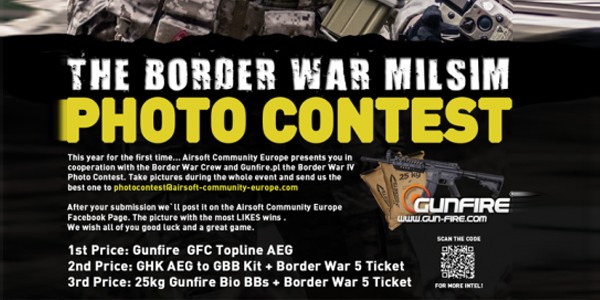 This year for the first time… Airsoft Community Europe presents you in
cooperation with the Border War Crew and Gunfire.pl The Border War IV Photo Contest

INSTRUCTIONS
Take the best picture you made during the whole event and send it over to:

This email address is being protected from spambots. You need JavaScript enabled to view it.

Like up the Airsoft Communty Facebook Site and also the Gunfire Facebook
Site to win!After your submission we`ll post your photo on the Airsoft Community Europe Facebook Page into the folder BORDER WAR – PHOTO CONTESTThe first three picture with the most LIKES wins. Continue reading to check the prices! :) Here is an important news release from ICS! ICS have now acquired the rights to use the MILKOR brand so the former CXP GLM is now the ICS MGL-series.

ICS has scooped the MILKOR Brand so can now official brand its Multiple Grenade Launcher as the MGL-Series. Continue reading for more details. 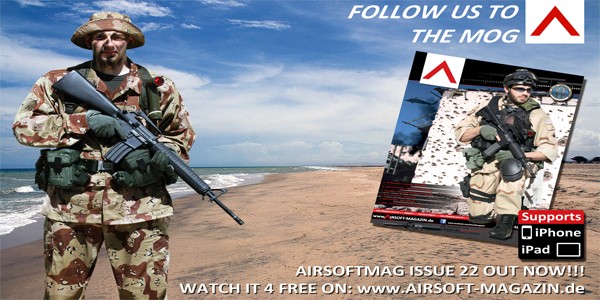 The new issue of the German Airsoftmag is now online!

In the ASM #22 we took a look to "the Mog" and focused on the US Forces in Somalia 1992-1995. In the main reenactment article we published 36 High-Res pictures of different equipment levels, containing Delta Force, Recon Marines, Rangers and many more...

As always we combined articles which fit the theme and tested guns`n games. As the first pure online and free issue we made (no more payable print versions) we also linked many parts of the content or integrated Youtube videos. 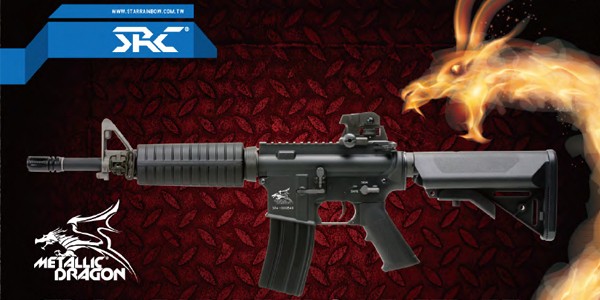 This new version is the upgraded version from the dragon series. It has the same internal structure of the dragon series with metal gearbox complete set, metal hop-up and a high torque motor.

The externals are upgraded with a metal outer barrel, aluminuim receiver, aluminium carrying handle and metal mgazine. The other parts are still ABS plastic, including the handguard.