A big step for Airsoft in Europe!

News from the EAA... 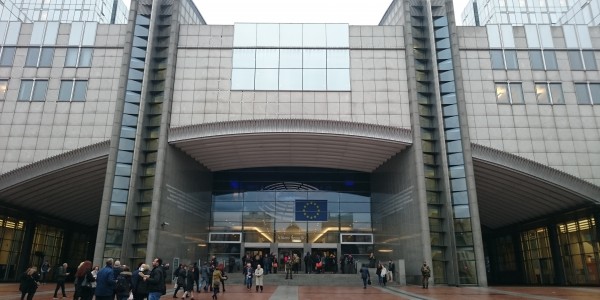 As you should be aware, since November last year the EU has been considering a proposal to amend the firearms directive which would classify replicas, including airsoft devices, as real firearms. They also wanted to ban any firearm of ‘military appearance’.

The result would be that nearly all airsoft devices would fall foul of the law and be banned from use by the public, and the few types that would be allowed would be extremely difficult for people to obtain and had to be registered individually. The authors of the proposal set out to get rid of replicas and thereby wipe out airsoft in the whole of Europe. We were looking at airsoft armageddon.

The European Airsoft Association was founded specifically to react to such a threat. Over the last 5 months we have done everything possible to save airsoft.

Our member associations have convened with their own ministers and governments. We have been working alongside people from the airsoft industry and manufacturers. We have energised thousands of players to write to their representatives through our ‘EU attack on airsoft’ campaign. We have attended many private meetings with members of parliament and members of the commission, as well as conferences and assemblies of the European Parliament.
At every meeting we have been raising positive awareness of our beloved sport, highlighting the ridiculousness and impracticality of the proposal, and trying to keep the airsoftsport out of the scope of the European Firearms directive.
Our representatives and in particular President Joachim, have been to Brussels many times including a recent 2 day symposium.

Before the community took action the EU were not even aware that there was a legitimate use for replica firearms. After the combined campaign, MEPs publicly mentioned the airsoft sport as a positive!

The initial proposal was officially reviewed by Vicky Ford MEP, and the EAA worked with her team to get the amendment we needed put in to her draft report. The report of the rapporteur carries enormous weight. The draft report has just been released this week, and it recommends the following amendment at the very start of the document;

(3b) The definition of the term "firearm" should continue to exclude objects which expel a shot, bullet or projectile by the action of a non-combustible propellant, for example through the operation of compressed air or other gas, including so-called airsoft guns, as well as objects which merely have the appearance of a firearm (replicas, imitations), provided in both cases that such objects cannot be converted to a firearm or do not contain an essential component which is capable of being used in a firearm. Member States should be able to regulate such objects under their national law.

Amendment 81 clarifies this and amendment 85 specifically defines and excludes airsoft devices by name a second time!
This is amazing news! The airsoft community has made its voice heard and defended itself!

It’s very important to understand that we have not won yet, as the Parliament still needs to vote to approve the amendment, but the finish line is in sight. If the amendments are approved, airsoft will be enshrined in European law as non-firearms! Our sport will be in a safer position than ever before.

Another thing we were concerned about is that ‘blank fire grenades’ would have be controlled as firearms, but after our lobbying to raise awareness of these devices, more sensible measures have been recommended and, if adopted, airsoft enthusiasts will be able to continue buying and using BFGs in game as normal.

The firearms community still look set to lose some categories of firearm so we stand with them, as fellow shooters. Likely adoption of the directive will be later in the year but the amendments to the proposal will certainly be discussed in the coming months. Please watch our website www.euroairsoft.org and Facebook page https://www.facebook.com/europeanairsoft/ for updates.