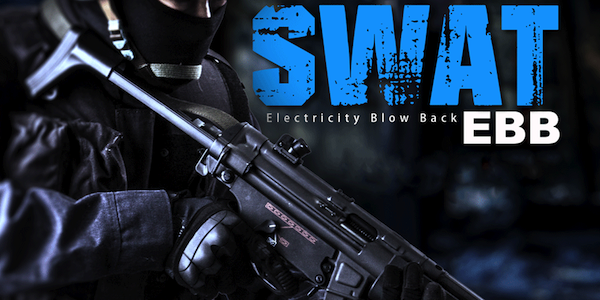 Bolt Airsoft just announced the release of their new model: the MB5 SWAT EEB. Expected release is imminant and expected at November 17th. Already announced back in March during IWA 2016, this model is now available for production. It includes the Bolt famous BRSS system with an electric hardkick system. Definately a release we will check out!

Did you know their BRSS system can be switched off? And they plan for many more MP5 models? Stay tuned!