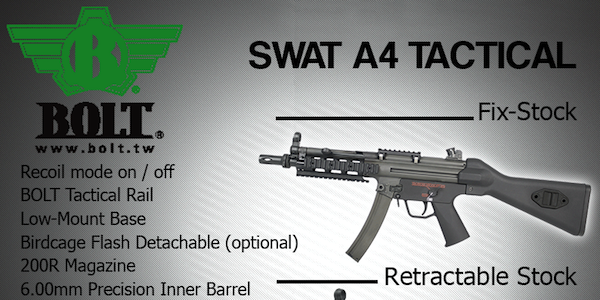 Here is the recent update from Wilson over at Bolt Airsoft. BOLT's recently are releasing Sport a new line of models and new SWAT series!

Different than their M4 and BR47 series, it’s another new product line of BOLT, Sportive models with all their Recoil knowledge included.