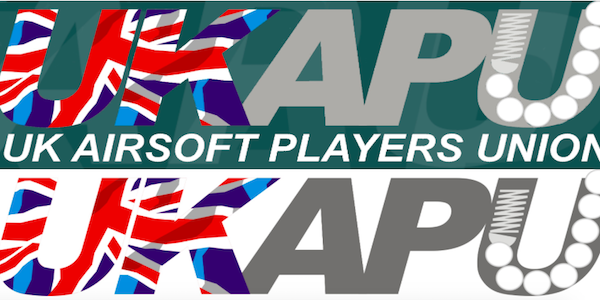 An important update for the UK mainland airsofters! Finally both UKAPU and UKARA are able to tell you some good news about the draft UK law affecting airsoft.

"At the start of the year the government released the Policing and Crime Bill (PCB), which included a clause to set the lethal threshold at 1 Joule of muzzle energy. This would mean that a barrelled device would be essentially regarded as an air gun if it had muzzle energy of over 1J. In 2015 the law commission suggested (based on input from UKARA and UKAPU) that airsoft replicas should be allowed an exemption from the 1J lethal threshold, as 1J would be far too low for our needs. The government accepted this and wrote it into the PCB."

Continue reading for all details...

"The first draft of the airsoft exemption was not that great. 8mm airsoft would not count and, arguably no airsoft device would have been able to use the proposed exemption because they are capable of firing non plastic BBs. The airsoft associations were invited to discuss the exemption with the Home Office firearms department in March, and the results of that meeting, plus 8 months of lobbying behind the scenes, have finally paid off.

Trying to get exemption through at all was a feat. Though the government supported the exemption it came under attack from a Labour MP and then later from a Conservative Lord. The anti-gun groups and even part of the gun lobby objected to it.

But through a combined effort from UKARA and UKAPU we’ve managed to not only get the exemption for airsoft through, but also convince the government to make some small changes to it, which have just been submitted in the form of amendments (these are yet to be voted on at time of writing but should be integrated during the Lords report stage). When the Bill is enacted in early 2017 we’ll have clear power limits for airsoft and a better definition of what an airsoft gun is. Not only will those limits reflect the realistic power output of airsoft replicas, but they will also not interfere with the normal power limits that we use for gaming. So instead of being limited to 1J, we’ll be able to play on mostly as normal.

The lion’s share of the Home Office lobbying work was done by Frank, John and Adrian at UKARA. Without some shrewd tactics and persistent lobbying from them we’d never have got the amendment on the table. UKAPU spent a lot of time rallying airsofters and lobbying MPs without them there may have been more objections from MPs and Lords. Though we’ve not been able to talk about it till now, it’s taken a constant barrage of letters, calls and meetings throughout 2016 to get to where we are. The guys from UKARA also commissioned expensive laboratory testing of the penetrative properties of 8mm BBs, so we could ask the Home Office to extend the exemption to 8mm airsoft replicas as well as 6mm. UKARA have spent close to £10000 fighting for the airsoft industry.

The Home Office also deserve thanks. Some people imagine they are anti-airsoft, but in reality the civil servants have invited the airsoft associations to comment on the bill and have taken those comments on board even though this created more work. They have done their utmost to ensure that the airsoft game and industry isn’t compromised by the new law. Government Ministers such as Mike Penning MP have spoken in defence of our right to play airsoft and supported us throughout.

The elephant in the room is, still, fully automatic replicas over 1.3J. If it is capable of more than 1.3J then your replica may be regarded as a section 5 firearm. This could mean that GBB and HPA replicas are prohibited weapons, and it could mean you might land a 5 year prison sentence for importing an AEG which is more powerful than advertised. We also need to ensure that airsoft replicas aren’t regarded as ‘readily convertible’ to firearms, as they can all be converted to exceed the new thresholds. UKARA and UKAPU have been raising this issue with the government for the last year, and it seems they have now taken it on board. We are due to see them early next year to discuss a solution, separate to the PCB.

The status quo has been more or less maintained but only through a mammoth effort behind the scenes. Please spread the word, people need to understand that airsoft needs constant protection, and the only way we’ve achieved this win is by working together under the umbrella of airsoft associations."