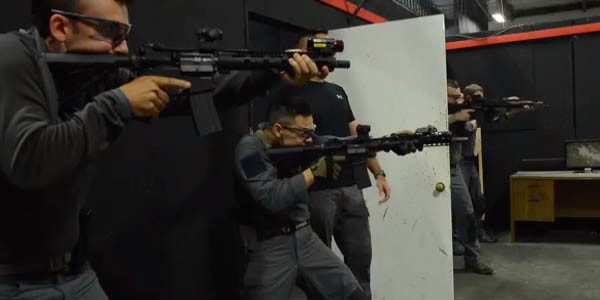 DAS will stress on teamwork and of course tactical skills, expecting team members to be able to work under pressure in a 360-degree shooting environment. Most of the description on the YouTube page, is frankly, still generic as there had been airsoft  team competitions with the same descriptions. Whilst the video is impressive in tactical movements, information is still sorely lacking and I was hoping to learn the following rules/standards: team compositions, points/scoring system, officiating,  team member roles (if any), accepted equipment, age requirements, and so forth…

Again, if we are basing on the video, it does really look interesting as apart from shooting skills, there is proper tactical movement seen only in real world tactical training.  Will the team be judged on how they approached an objective as part of the problem solving skills, or will this be another "Combat Missions" type which has proven to be an effective team competition format in the Philippines in the "Kalis" series of airsoft tournaments?

We'll find out more when the first batch of the DAS events will happen which we don't know when.