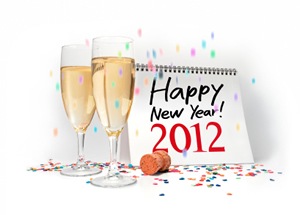 That's it for 2011, in Samoa they are already celibrating 2012. Here in Holland we also start our preparations. 2011 was a great year for airsoft and our website NLAIRSOFT.COM!

2011 has been a great year for NLAIRSOFT.COM, we have gone social with 320 fans on our Facebook page and 320 followers on our twitter account (over 3700 tweets! W00t!). A great start!  The community is still growing strong and the NLAIRSOFT.COM crew is working hard to improve the website even further. In 2011 even more visitors have found their way to the NLAIRSOFT.COM website. For 2012 we have BIG plans, more information on that soon. Perhaps a new website? Maybe a new logo? A mobile website? Or mobile app? Or maybe all of this? :D Stay tuned! In 2013 NLAIRSOFT.COM will exist for 10 years! We really would like to celibrate that big time! :D

Last but certainly not least we would like to thank our visitors, active registered members and sponsors for this year! We count for your support in 2012 for another great year! As every year we try to provide a nice overview of Airsoft in 2011 (suggestions are welcome):

Suggestions for this overview are welcome! See you next year!