An overview of day 1 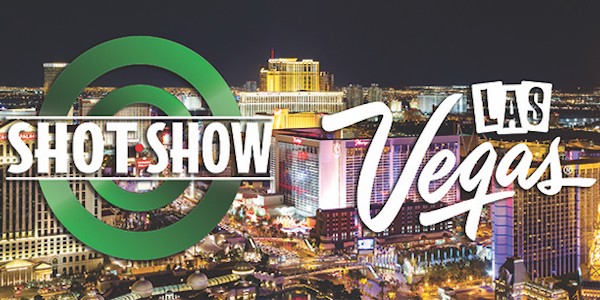 What a day! After a great day at the range we now hit the first day at SHOT SHOW 2017. I will provice a quick walkthrough of day one and will go more indepth when we arrive back the in The Netherlands. It was greating meeting up with old and new friends and getting the SHOT SHOW experience.

Next up was Evike and KRISS USA. KRISS strictly seperated the Airsoft division KRYTAC from their real steel counterparts. So nothing interesting at the KRISS booth for us, glad to see several models at the Evike.com booth. Models we are already familiar with. No Vector yet, we need to wait a bit longer till the Krytac Keynote on wednesday 17:00. Evike had some interesting SEEKINS and FALKOR models. They also extended their EMG custom made rails and bodies. Great to see the EMG KAC PDW and their new heavy full metal pistol where they partnered with Salient Arms. This piece is impressive! Evike.com is mostly US oriented, however they do their best to ship their items internationally. Which we had these items in Europe! :)

Next up, Valken Airsoft. A new stand alone grenade launcher. Several newly rebranded KJ Works pistols and a lot of internal improvements to their current line-up. Soon a high cap mag, including 2x flash option will be available. There is a secret project in the works however no pictures allowed. Those who followed our instagram account already know, there is a need speedloader in the works. Their BB's bottle can be attached and of you go! We will keep an eye on this one!

PTS Syndicate is not that familiar in Europe. However they do make great rifles and lot's of parts and accessoiries. We checked their booth and found nice paint jobs, a new 30-130rd mag and the new Enhanced Polymer B.U.I.S. sights. Those are sweet!

NUPROL Airsoft was also on sight at SHOT SHOW. However with a very small booth and just the new cases on their booth. Solid cases though. Their biggest news came from the G&G Armament booth, a new partnership where G&G will take care of NUPROL distribution in the USA.

ActionSportGames (ASG) did their updates to the EVO line-up. Two new carbine models! We really do llike that cut in the flashhider identical to the rails. Also the HPA model is nearly finished, think we have to wait till IWA in March. Further the high-end BREN models are on display. We also spotted a new special item for revolver lovers, a Moon Clip! Sort of speed loader to reload your airsoft revolver! Sweet.

Next up is G&G Armament with some interesting new items in their product catalogue. They now also partnered with Mechanix Wear and introduce their version of the gloves. Most interesting is the new pistol design G&G introduced with a rotating valve. Also the new licensed AEG models, the new ARP-9 platform (incl 9mm) and their updated G2 gearbox are worth mentioning.

We did visit TIPPMANN Airsoft, however nothing new can be mentioned unfortunately.

At Airsoft Innovations we found again the most innovating product of the show. Their new XL Burst grenade, which will provide you airsofters with a 125 DBA loud BANG! Just for approx 40 euro it and it will be easy and cheap to re-use. Solid quality as we are used to and a big competitor to the Thunder B flashbang grenade. Well done Airsoft innovations, BANG!

At he end of the day we visited SKYWAY Airsoft, they are actually from Spain. Well known because of their Zoxna grenade and other nice additions they bring to the airsoft game like the Claymore. We like THE BOMB and their new C4 "explosives" with motion detection and true BB spray (comes in a basic and pro version with native app). This year they will also introduce 2 smaller options to THE BOMB that will be way more affordable!

It was a busy day, but certainly worth it. Interesting new items and nice to catch up with everybody! In the gallery below you will find all our detailed pictures of day 1. ENJOY!