Google does not love Airsoft any more :( 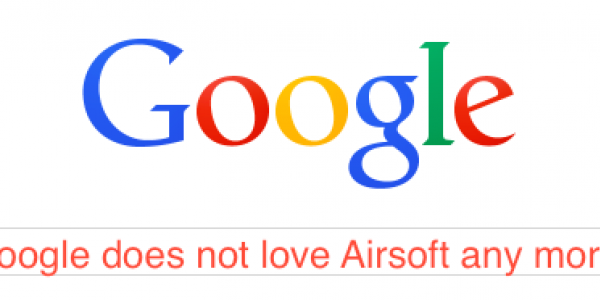 Google will join Facebook and Paypal in banning the advertisement of all Airsoft products on their Adwords platform by September of this year (2014).  An email statement issued by Google on June 16, 2014 outlined the proposed changes to their Weapons Policy Restriction.

Around September, we’ll be clarifying and simplifying our policy on knives, guns, gun parts, and other weapons designed to injure others in combat, self-defense, or sport. Some products that we currently allow won’t be allowed under the new policies. Examples of products that will no longer be allowed include paintball guns, airsoft guns, BB guns, gun scopes, ammunition belts, stun guns, and tactical knives.

This is a blow to the Airsoft industry making it even harder for local retailers and fields to grow.  Additional details can be found on Google’s site at : https://support.google.com/adwordspolicy/answer/6014299?hl=en