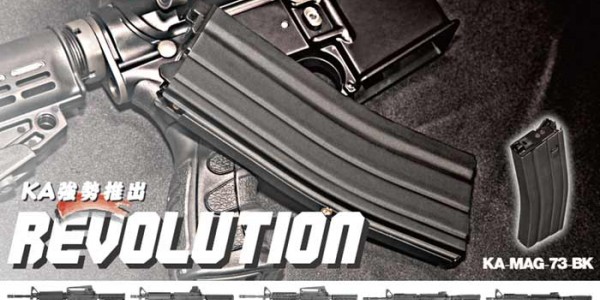 For those who have been complaining about leaks with M4 gas magazines, King Arms announced that they have a new magazine that solves the problem. The KA-MAG-73-BK M4 gas magazine is a 40 round, newly reinforced version gas magazine that has a new anti-leakage system. They also say it's compatible with existing King Arms, CAA Airsoft Division, and Western Arms gas blowback rifles and it is stable to use.