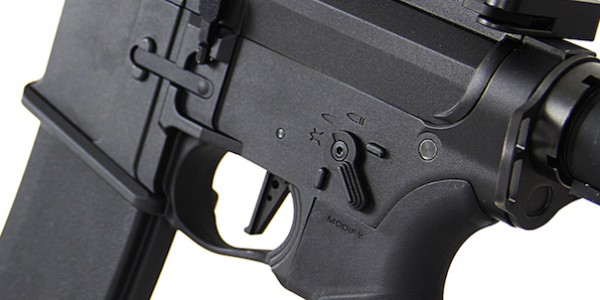 Here is a nice little update from MODIFY. They tease us with a sneak preview on the XTC release, their video now zooms in on the 45 degree ambi safety selector. You like it? You see the advantages? Let us know in the comments! It should be much faster and more convenient in use.

Further they released their new Beehive Magazine Plate for speed reloading, a nice addition when you mags don't already have a quick and solid grip. Check this video for more details: https://www.youtube.com/watch?v=THXYoVQ3hIQ&feature=youtu.be

With a little do it yourself! :) 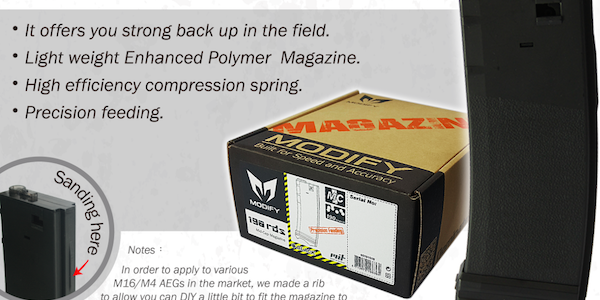 MODIFY released the XTC 190rds Mid-Cap Magazine for M16/M4 series AEGs recently. It offers you strong back up in the field. They choose light weight enhanced polymer to produce the magazine and use high efficiency compression spring. Above all, precision feeding what counts in the field right? So find your local dealer or distributor to try their new XTC 190rds Mid-Cap Magazine! 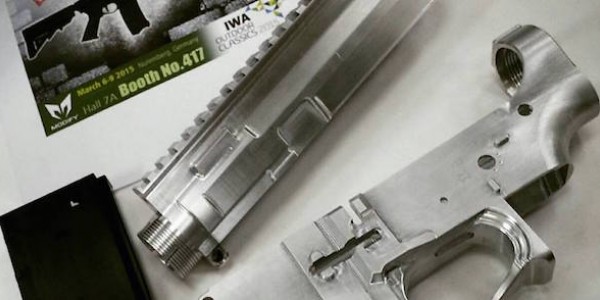 It seems like MODIFY is teasing us with lot's of images on their facebook page with their first complete AEG! The first model will be an M4. It certainly looks like they finally collected enough parts to introduce a complete AEG airsoft gun. We highly appreciate the MODIFY internal parts, so we are really looking forward to this item. We expect more details will unveil during SHOT SHOW 2015 within 2 weeks, so stay tuned! 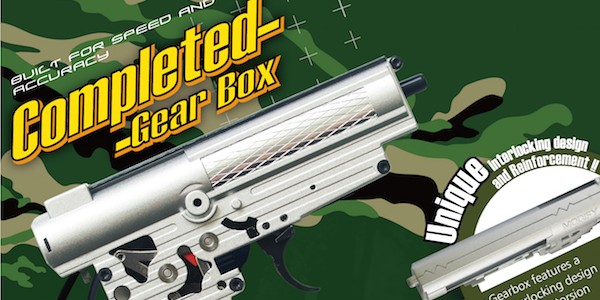 We would like to let you know that MODIFY just released AK-47S/AK47 Completed Gear Boxes and the Hybrid 6.03mm Precision Inner Barrel 315 mm. Modify completed gearbox is a gearbxo with all Modify upgrade internal parts included. Just like the high quality we are used to from the completed gearbox ver.2. It features high quality parts which are really durable. Included in this release is a new new trigger set for AK series.

Check for more info the MODIFY Airsoft website and your local dealer...