Airsoft International are going digital too:

I’m extremely pleased to announce that Airsoft International is due to go digital. 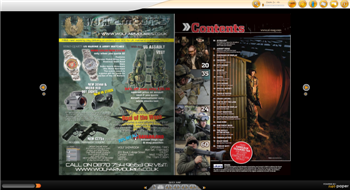 With over 5,000 subscribers Airsoft International will shortly offer all of our excising subscribers the opportunity to dial in and view an on line edition of Ai.

This is a free sample so you guys can see the quality of this service, but more importantly there will be a new online subs price available for those readers that want to access ai on line for the very first time.

The second issue of Airsoft Kombat 47 (Spanish airsoft magazine) will be available at all press stores along Spain since next september 10th. Also, you can buy it from our website (www.airsoftkombat47.com) wich will be on-line between september 11th-13th. 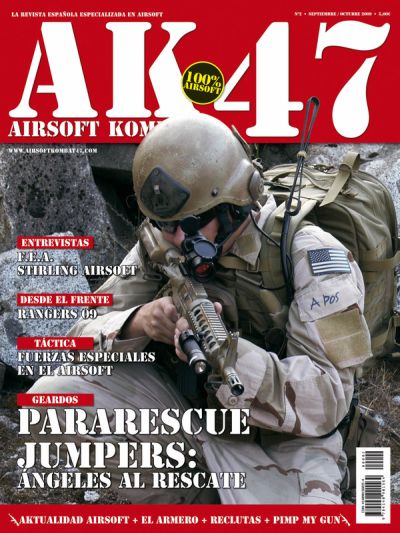 Here you have a sample of some of the content:

- Interviews to FAA, FEA & Stirling Airsoft
- Legal: What should I do if the police requires me?
- Reviews: ARES TAVOR-21 y AGM M4 GBB
- Versus: Flyye RRV vs. Pantac RRV
- ¿Wannabe... a PJ? (With the collaboration from Pantac)
- Wargames
And much more!!!!

Better prepare yourself for this international event which will happen from 4th to the 6th of March 2011 in Spain... 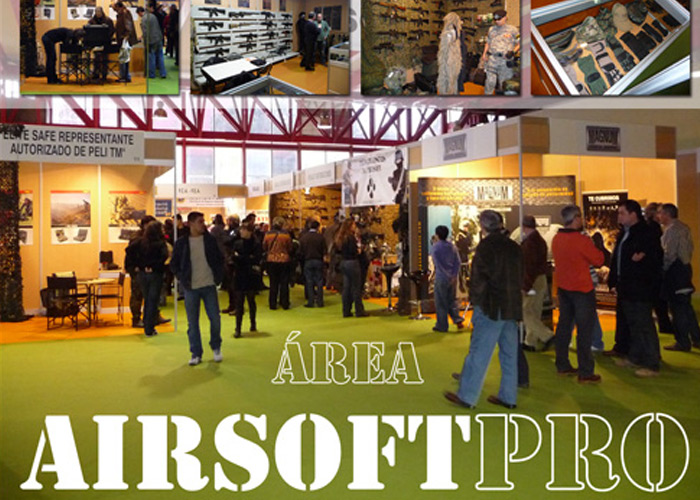 Clarence Lai is well known because of his custom airsoft works. Esspecially for Airsoft IPSC (IAPS). This time it's a new HopUp system for the Marui Hi-Capa, Glock & SIG series GBB pistols. It's a completely new design where most parts are metal, the only rubber you'll find inside is the O-Ring. The unit is a non adjustable, fixed HopUp, which according to Clarence, works best with Excel 0.23 and 0.25, in conjunction with PDI 6,01 mm Palsonite inner barrel. Such a setup should give a very consistent grouping and a very consistent FPS output of 345 FPS measured with the 0.20g BB. This will be a low volume production series, limited edition. As usual with his projects...

This October.... AirsoftXtreme Issue # 11 Presents: "Into the Alpha Zone"

After almost 20-years since the non-blowback pistols came into the scene, people are starting to recognize and gravitate towards a more disciplined form of shooting--IPSC, which was formulated by some of the world's best shooters.

Airsoft has come a long way in the more than a quarter of a century of its existence. The evolution of what was the gas-gun-tethered-to-a-tank to the GBB-Rifles of today are just one of the indications of where the hobby is going.

As new technologies arise, people will find new ways to play and dress up.

Lately, firearms shooters and airsofters have been drawn to practical shooting both as a form of practice for live-fire matches and as an alternative form of airsoft. You may recall that AX started an issue called the "Alternative Airsoft" (AX7)which got a lot of non-airsofters interested in pistols and target shooting rather than the usual skirmish games.

Along with the popularity of practical shooting and GBB-pistols and rifles, the dress code follows suit. The non-tactical nature of practical shooting forbids any variant of the military battle dress, camouflage or anything which remotely resembles a military uniform. Since the guns are sporty in style, the outfits must also play along the same tune.

In this issue, we tackle the subject of "proper decorum". We sat down with Airsoft Surgeon, Clarence Lai and featured an airsoft shooting range, military museum from beijing, ww2 filipino reenactors, the Speedball Jersey from Tactics, new range apparel from Tactical Options and a whole lot more.

With the existing regulations for airsoft, it may not be long before the hobby is totally endangered. We at AX believe this will be the start of the "professionalization" of airsoft. Hopefully, we will see an end to reckless wannabees and those who give the hobby a bad name.