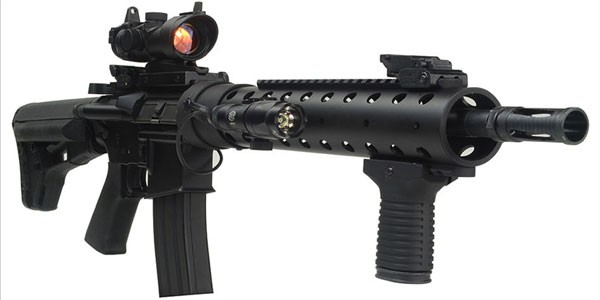 Madbull first gave you the PRI GEN III DELTA Handguard. Now it is welcoming the round rail into its family. If you are into small arms history, you must have heard of SPR (Special Purpose Rifle.) The SPR, used by Special Operations Forces of both the U.S. Army and U.S. Navy, is a heavily modified light sniper/designated marksman variation of the AR-15/M16 line of infantry weapons, and is chambered for NATO standard 5.56x45mm ammunition.

The first SPR adopted famous PRI Gen I and Gen II carbon-fiber free-float handguard. Now, MadBull is proudly introducing fully licensed PRI handguard rails to Airsoft industry. They come in polymer and carbon fiber and feature all the great things in the original you’d want for your gun.